Are you at risk for diabetic eye disease? 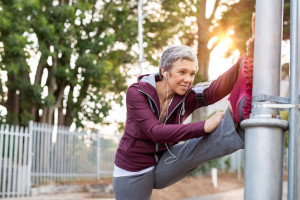 Did you know that more than 30 million people, or more than 9% of the U.S. population, have diabetes? If you have diabetes, you’re at risk for diabetic eye disease. That is the umbrella term for what can happen to your eyes if you have diabetes, especially if you don’t keep it under control. It includes cataracts and glaucoma, but the most common disease is diabetic retinopathy. It’s a leading cause of blindness in the United States.

Diabetic retinopathy is blood vessel damage in the retina, which is located at the back of the eye. The early stages of diabetic retinopathy usually don’t have any symptoms; later stages often result in vision changes and ultimately can lead to vision loss. That’s why you can’t depend on yourself to recognize eye disease in its earliest stages.

Diabetic retinopathy can happen whether you have Type 1 or Type 2 diabetes. Those who also have high blood pressure are at higher risk, as are those who have had diabetes for a long time. So what can you do? Follow your doctor’s instructions for controlling your blood sugar and get regular (preferably at least yearly) eye exams. The good news is that the Centers for Disease Control and Prevention estimates that about 90% of vision loss from diabetes can be prevented. Unfortunately, studies show that 60 percent of people with diabetes do not get annual eye exams.

Diabetes also can make you more likely to develop another eye condition, diabetic macular edema, as well as:

Remember, diabetic eye conditions may not have any symptoms at first. But detecting them early can help you take steps to protect and preserve your vision.