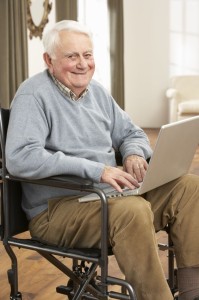 As anyone who’s gotten help from a grandchild to navigate a smartphone or laptop can attest, seniors and technology don’t always go together easily. From skepticism about its benefits to physical challenges and other difficulties during use, older Americans have historically been late to the technology game.

However, the tide seems to be turning. In particular, data released by the Pew Research Center in 2014 revealed that 27 percent of older adults were regular users of social networking sites such as Facebook. Further, those individuals were shown to socialize more frequently with others, whether online, in person or over the phone.

Haven’t yet taken the plunge into social media use? Check out these other advantages to getting connected in the digital space:

Take advantage of technology teaching tools available in your area and get to connecting!